A Lack of Love 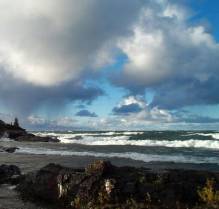 Lies Beneath Many of Life’s Problems

An Early Lack Of Love:
Jill’s experience of childhood neglect has left invisible scars that she is still trying to heal.  “If I was not worthy of time and affection,” Jill concludes, “I must not be worthy at all.”

The mind of a child struggles to make sense of what is happening to them.  Jill reached the conclusion long ago that there must be something terribly wrong with her.  “I thought I must not be very lovable or I would have been loved more,” she reasons.  “No one was there to tell me that my mother suffers from clinical depression or that she grew up in a home that did not give her any support or affection either.”  Jill intellectually realizes that her mother did the best she could, but her struggle is to understand this at an emotional level.  That’s the level where that five-year-old part of her, whose still very much with her, takes responsibility and blame for the love she did not get.

Difficulty In Romantic Love Relationships:
Much of Jill’s self-defeating behavior serves to recreate the type of environment she lived through.  Like a magnet, she finds herself drawn to the familiar behaviors and feelings of her earliest years.  Jill is now aware of her tendency to fall in love with men who are emotionally or physically absent.

Her history has trained her to tolerate it.  In an odd way, it feels familiar, like home and there are few things more attractive than that which is familiar.  Jill says, “I’ve been conditioned to settle for very little in a romantic relationship.  I suppose I don’t really feel like I deserve that much.”  Her belief becomes a self-fulfilling prophecy.  Part of the blueprint she follows is leading her along the path to emotional emptiness.  Having learned what she lived, she now continues to live what she learned.

Problems In The Work Environment:
The wounds that are etched in her self-esteem shape her work life too.  Until recently, she worked for a small business that operates more like a dysfunctional family.

“When my hard work is not noticed or rewarded I feel disappointed but the lack of recognition is expected.  It’s just the way it has always been,” Jill says.  Jill’s willingness to settle for so little, for so long, also ties back to her conclusions about her own worthlessness.  She tolerates more than most people would.  For most of her life, she has never even considered that she deserves anything better.  This pattern leads her to settle for a working environment that she hates and to believe that she is powerless to change.

Training Baby Elephants:
The neglect that Jill experiences in her family, romantic relationships, friendships, and at work are so pervasive that she rarely thinks to question it.  She is conditioned not to struggle.  She is like the elephant in a circus.  When elephants are very young, they tie a strong chain around one of their legs.  Then the chain is locked to a long steel spike that is anchored deep into the ground. The young elephant struggles against its captivity until it decides that it can not getaway.  The elephant then gives up.  By the time it is grown, the elephant is so brain-washed that it will not try to break free.  It stays put even when it is only tied with a thin rope that is attached to a small wooden stick.  The lack of love that Jill suffered leaves her starving at love’s banquet.  She is unable to reach for the emotional nourishment that is all around her.  She questions whether being on the receiving end of love is even possible.  She is so bound by her old beliefs that she remains tied to a painful pattern of self-neglect and low self-acceptance.

New Goals — Self-Acceptance, Self-Esteem & Self-Love:
One thing that Jill does not question is her capability to learn.  She is embarking on a journey of self-discovery and healing.  A path of learning that leads beyond the ties that bind us to the past. She seeks the freedom to honor her needs and to love the part of her that suffers from neglect.

Learning to deeply and profoundly accept herself is the first step to accepting the love her life longs for.  That is a good start to solving many of life’s other problems.

Steve B. Reed, LPC, LMSW, LMFT is a professional counselor and psychotherapist who is the developer of the REMAP process, a powerful tool that helps people build self-acceptance and self-esteem.  His office is in the Dallas area and he provides telephone and video counseling worldwide.

BENEATH MANY OF LIFE’S PROBLEMS LIES: A Lack of Love