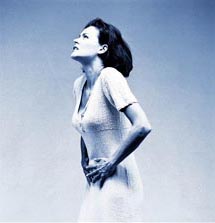 A Client’s Story in Her Own Words

When I first started counseling I had been suffering from extreme heart palpitations. I would awaken in the middle of the night with my heart beating so hard, it felt as if it were going to burst. I went to my family doctor who could find nothing wrong. She asked me if I were under stress. I told her I wasn’t. I had a great job, great family, great friends and plenty of money and free time. What more could I want? She and I were both puzzled, and the palpitations continued. Friends asked me if I were under stress, and I believed I was telling the truth when I told them I was not.

Because of the nightly palpitations, I was getting no sleep and was desperate for help. But when my doctor prescribed the same medication that my 69-year-old mother was taking to control her heartbeat, I was horrified. There had to be another answer. I decided that it must be stress after all.

We spent the first few sessions talking about my history and pinpointing some areas to work on. I was still not sure where it would lead or what was bothering me, but I couldn’t wait to see if this could help me. In the second or third session, we did some EMDR (Eye Movement desensitization and Reprocessing). I hadn’t admitted it to anyone, but I had been having chest pains and excruciating pain across my back and shoulders. During this session, Mr. Reed asked me about my physical sensations, and I described them. We did a series of TFT (Thought Field Therapy) interventions and the pains left me completely! I was stunned. I was merely describing them. I had never expected to get instant relief. I was elated but secretly suspected the pains would come back. They never did. And neither did the nightly heart palpitations. This was six months ago, and I have only had a few brief, mild episodes since then.

We also did some (TFT) Thought Field Therapy that gave me instant relief from the emotional pain I had uncovered during the EMDR, which was the source of the physical pains. The upset associated with that situation is simply gone, and does not return.

This has been such a pleasure to me because I have undergone therapy at different times and attained much relief and insight, but never as completely as this. For me, after the TFT or EMDR sessions (Steve decides which is the most appropriate for the situation), the stumbling block is gone. I may have the same daily problems to deal with, but the underlying problems which were making them so difficult for me are simply gone. I am now able to deal with my problems from an entirely different viewpoint.

Another benefit to me has been that many stumbling blocks that we did not even touch on in counseling have been coming up, and I have been able to work through them myself. The tense, anxious, upset feelings that are associated with them, and the unhappiness they caused me just disappears. I have become much calmer, relaxed, outgoing, energetic and compassionate. All my relationships have benefited. It feels wonderful.